Cellular metabolomics allows the identification of endogenous small molecules that are products of biochemical reactions, revealing the connections between different pathways operating in a living cell. It can also reflect and evaluate biochemical differences between healthy and pathological organisms and provide a direction for drug intervention. Cellular metabolomics analysis can qualitatively and quantitatively characterize the end products of intracellular regulation, which are the ultimate responses of biological systems to genetic factors or external environmental alterations. Cellular metabolomics studies have shown that the energetic behavior of biochemical pathways within a robust cellular metabolic network can be controlled by a highly interconnected regulatory system.

Currently, cell metabolomics has been applied to a variety of fields, such as toxicology, drug efficacy evaluation, cell culture monitoring, new drug research, biopharmaceutical production, and food histology. In the post-genomic era, in vitro cell metabolomics has shown more advantages than other methods, such as easy control of experimental variation, high reproducibility, low cost, and easier interpretation of results. Except for primary culture of hepatocytes, age, sex, interdisciplinary variation, and population control are not major influencing factors in in vitro cellular studies.

Pathological changes in the organism are followed by corresponding changes in intracellular metabolites. Metabolomics allows the identification of biomarkers or known or unknown metabolic pathways associated with disease states by analyzing and assaying cells in pathological states. 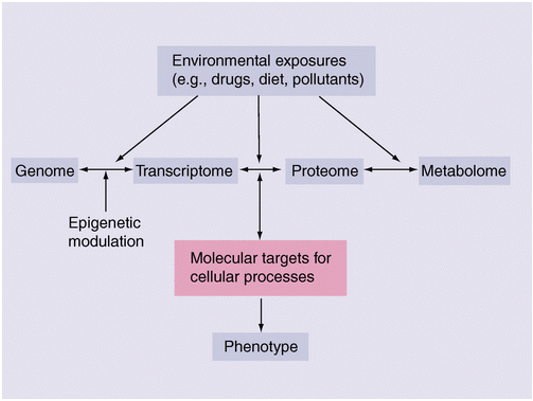 Due to the limitations of pathogen susceptible hosts, cellular models are often used by researchers for the study of pathogen infections, such as the study of pathogen variability, the mechanism of infecting host cells and the development of new drugs and vaccines. For example, Woods et al. used UHPLC-MS to examine the lipidome of alveolar type II epithelial cells in mice after influenza A virus infection and found that influenza A virus causes disturbances in the metabolism of various phospholipids in alveolar type II epithelial cells, which may further contribute to the dysregulation of surface activity of this cell leading to acute respiratory distress syndrome.

Metabolomics is the systematic study of small molecule metabolites in the course of cellular biochemical reactions. Small molecule metabolites are involved in biochemical processes and can provide much information about the state and function of living systems. They can interact with enzymes or other proteins to influence intracellular metabolic pathways and form metabolic networks. The study of the metabolome directly responds to changes in the phenotype of a drug as it acts, so metabolomics can be used to elucidate the mechanism of action of a drug and provide a framework for drug research and development.

The metabolic activity of cells cannot be separated from the surrounding microenvironment, on which it depends mainly on: glucose, oxygen and other growth factors. When the surrounding environment changes, the metabolites in the cell change accordingly. Tomita M et al. measured 219 metabolites in the culture medium of 60 human cancer cell lines, examined the profile of each metabolite consumed and released in the medium, and established a metabolic atlas of cancer cells that can identify association between a particular metabolic profile and genetic or phenotypic linkages and can identify cancer vulnerabilities for drug development. 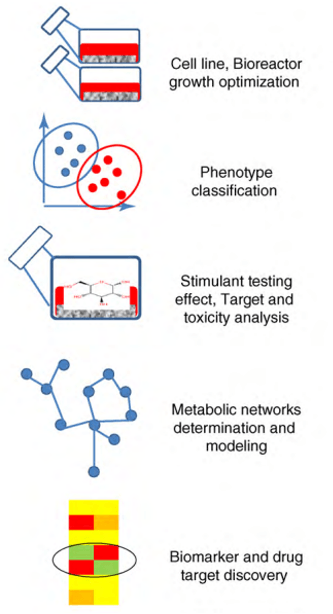 Evaluating the toxicity of compounds through metabolomics technology can provide early warning and protect humans from chemical substances in the environment.