Amino acids are the most basic substances that make up the proteins of living organisms related to life activities, and they are one of the indispensable nutrients in living organisms. Amino acids can synthesize proteins (including enzymes) or certain important nitrogenous compounds (such as nucleotides, catecholamine hormones, certain neurotransmitters, etc.), or they can be converted into sugars or fats. Some amino acids are neurotransmitters in their own right, and some can be involved in certain metabolic activities.

General formula of the structure of amino acids:

The metabolism of amino acids in the body consists of two aspects. On the one hand, they are mainly used for the synthesis of proteins, peptides and other nitrogenous substances specific to the body itself. On the other hand, they can be broken down into α-keto acids, ammonia, amines and carbon dioxide by deamidation and decarboxylation. The α-keto acids produced by amino acid catabolism can be converted into sugars and lipids or re-synthesized into certain non-essential amino acids, or oxidized to carbon dioxide and water through the tricarboxylic acid cycle, and emit energy. 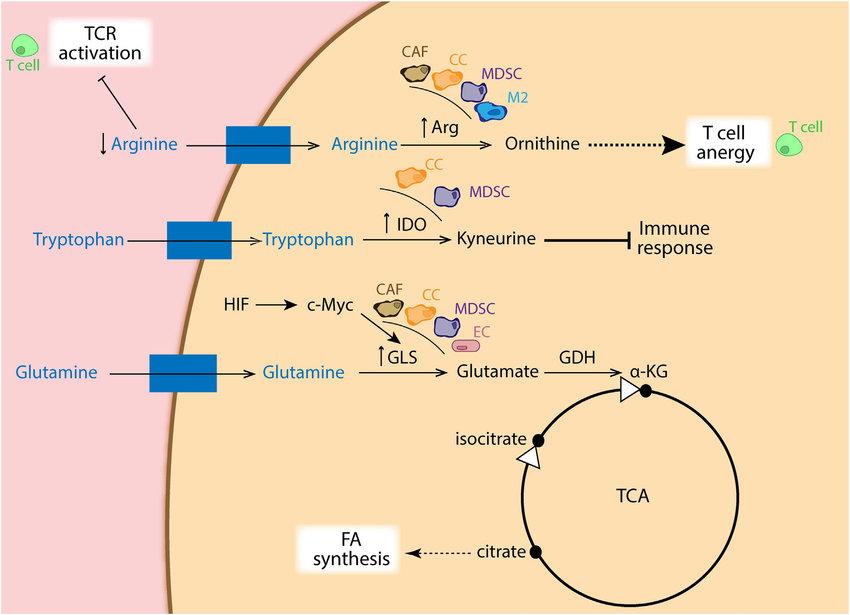 As an important material basis for maintaining endostasis, amino acid metabolism in the human body is in dynamic equilibrium under normal conditions. However, defects in the related proteins and enzymes involved in amino acid metabolism, or in other pathological states, can lead to/be accompanied by abnormal fluctuations in amino acid levels in, for example, blood and urine.

Amino acids are widely distributed in biological fluids and are involved in many biological processes such as the synthesis as proteins, fatty acids and ketone bodies. Changes in amino acid levels in living organisms have been found to be closely associated with several diseases in fluids, such as type 2 diabetes, kidney disease, liver disease and cancer. Therefore, the development of analytical methods for the determination of amino acids and the determination of their concentration in biological samples helps to study the physiological role of amino acids in relation to the prediction, diagnosis and mechanism of diseases.

Creative Proteomics amino acid mass spectrometry services can be used to detect and analyze a wide range of amino acid levels in blood, urine, other biological fluids, and tissues.