The kidney is one of the major target organs for xenobiotics-induced toxic reactions. The most commonly used clinical indicators of renal impairment in routine toxicity studies are still blood urea nitrogen (BUN) and serum creatinine (Cr), but the drawback is the low sensitivity. Therefore, there is a need to discover more sensitive, reliable, and non-invasive markers for detecting kidney injury caused by toxic substances and for monitoring kidney function during drug development and chemical safety testing.

Early markers of drug-induced renal injury caused by drugs may be found in their urinary metabolites, and certain specific metabolites may also be found in kidney tissue. Metabolomics can be applied to monitor the degree of kidney injury caused by a particular drug in clinical practice, providing a simple, non-invasive new method for the early diagnosis of kidney injury.

Diabetic Kidney Disease (DKD) is one of the major chronic microvascular complications of diabetes mellitus (DM), with a prevalence of 30%-40%.DKD is currently the major lethal factor in diabetic patients and one of the causes of end-stage renal disease (ESRD), which has been increasing in recent years.

Since most patients with DKD do not have any clinical manifestations in the early stage or are masked by diabetic symptoms, they are often not detected in time. Once the kidney is involved in early DKD with persistent proteinuria, the renal lesion is often irreversible. It eventually enters ESRD within a short period of time. 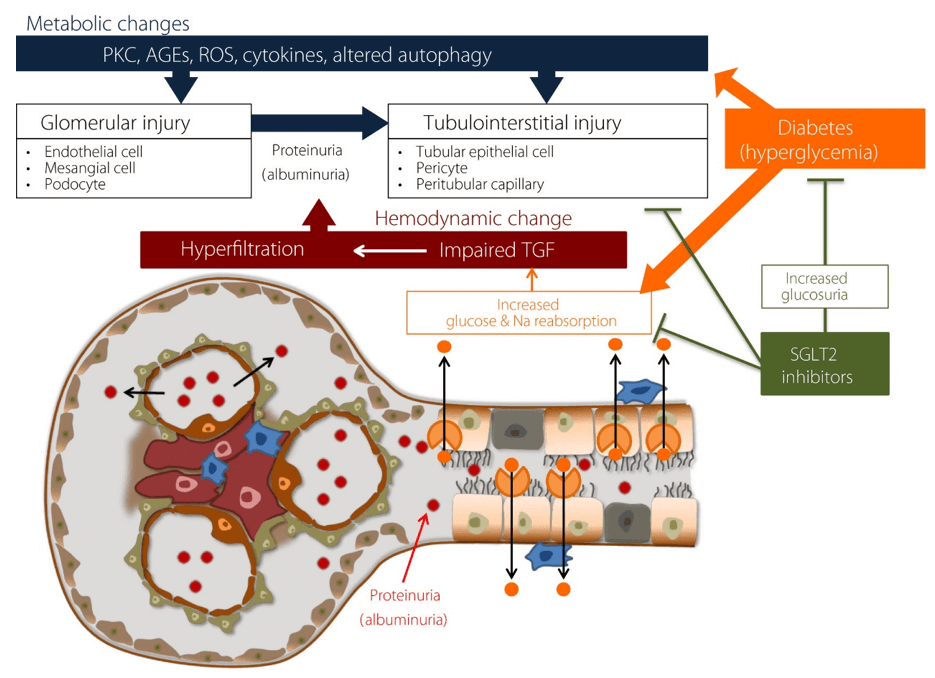 At present, the diagnosis of DKD mainly relies on the detection of urinary microalbumin excretion rate, glomerular filtration rate and renal biopsy. In recent years, there are more controversies on whether the appearance of microalbuminuria can represent renal damage, and also whether the appearance necessarily progresses to significant proteinuria and eventually to renal failure. Moreover, renal biopsy is risky and difficult to perform. Therefore, the search for more sensitive and precise biomarkers can help facilitate early diagnosis of DKD, monitoring of disease progression and stratification of treatment.

Acute kidney injury (AKI) is a complex clinical syndrome of rapid decline in renal function caused by multiple etiologies and risk factors. Metabolomics can be applied to identify new markers for early diagnosis of AKI, to identify possible abnormal metabolic pathways in AKI, to explore new targets for drug therapy, and to provide individualized precision medicine.

Renal cell carcinoma is one of the most common malignancies of the urinary system. Metabolomic analysis can uncover metabolites associated with cancer status, thus bringing new perspectives on the mechanisms of renal carcinogenesis and biomarker discovery, facilitating basic research and clinical applications in renal cell carcinoma. The measurement of metabolite changes accompanying cancer progression also enables the identification of new therapeutic targets for treatment resistance.