Structure, Function and Assay of Anthocyanins

Structure, Function and Assay of Anthocyanins

Structure and classification of anthocyanins 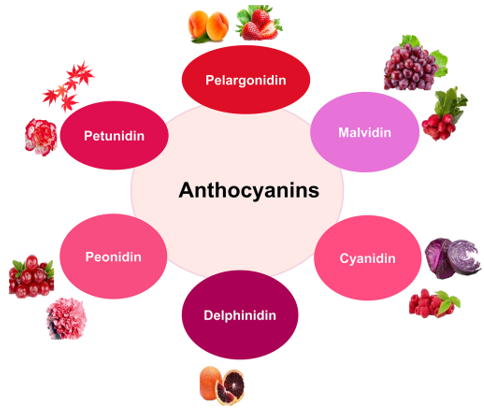 Anthocyanin is one of the important pigments that determine the color of flowers, fruits and seed coats of angiosperms. It is found in the vesicles of plant epidermal cells and appears orange, red to blue. Anthocyanins also play an important role in plant resistance to stress.

With the development of science and technology, people pay more and more attention to the safety of food additives, the development and utilization of natural additives has become a general trend in the development and use of additives. Anthocyanins can be used in food not only as nutritional fortification agents, but also as food preservatives instead of synthetic preservatives such as benzoic acid, and can be used as food coloring agents in normal beverages and food, which meets the total requirements of people for natural, safe and healthy food additives.

In order to achieve quality control of anthocyanins, a suitable method for their detection is required. Common methods for the determination of anthocyanins include UV spectrophotometry, HPLC and HPLC/MS.

UV spectrophotometric method is commonly used for the determination of total anthocyanins, which is often affected by external conditions such as pH and temperature, and also interfered by substances such as proanthocyanidins and anthocyanidins, and the analytical results are often high and low in sensitivity.

The HPLC method is suitable for analyzing the content of different kinds of anthocyanins in samples. It is less costly than HPLC coupled with mass spectrometry, but requires a marker to characterize the sample. High performance liquid chromatography coupled with mass spectrometry is commonly used for the full analysis of anthocyanin species in samples, allowing for more complete information to be obtained.

Creative Proteomics has developed a qualitative and quantitative method for anthocyanin analysis based on an LC-MS/MS platform in combination with standards, allowing the simultaneous detection of multiple anthocyanin pathway-related substances for basic life science research. 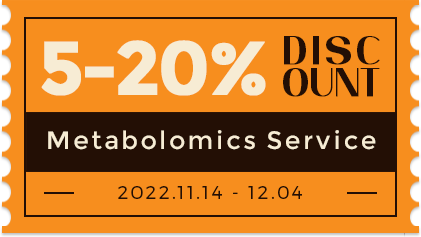